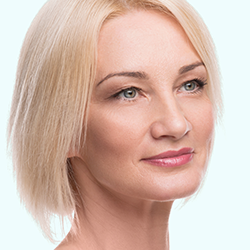 Acnitic Keratoses (AKs) are considered to be the first step in the development of skin cancer. They have the potential to progress to squamous cell carcinoma which is generally not life threatening if detected and treated early. In most cases, when AKs and all types of skin cancers are caught in the early stages, they are treatable and curable. AK’s are rough-textured, dry scaly patches on the skin caused by excessive exposure to ultraviolet (UV) light, such as sunlight. They are most frequently on sun exposed areas such as the face, scalp, ears, neck, hands and arms. They develop as the result of years of sun exposure over time. Even if you didn’t sun-tan much, years of just doing simple tasks outside all add up to a significant amount of sun exposure. Because AKs take a long time to develop, they generally appear after the age of 40.

How does Levulan work

When Levulan Kerastick® is applied to AKs, the solution is absorbed by the AK cells where it is converted to a chemical that makes the cells extremely sensitive to light. When the AK cells are exposed to the BLU-U®, this light causes reactions which destroy the AK cells.

The first step is the application of the Levulan Kerastick® topical solution to the AKs. This solution is an acid that occurs naturally in the body and makes the AKs more sensitive to light. You will sit with the solution the recommended time in order to allow it to penetrate the targeted cells. The second and final step is the BLU-U® treatment. The BLU-U® light is of low intensity and will not heat the skin. You will sit in the light for approximately 17 minutes. You may experience some tingling, stinging, or burning of the treated AKs. These reactions should
improve at the end of the treatment and should subside within 24 hours after the BLU-U®. The AKs and to some degree the surrounding skin may redden and swelling and scaling may also occur. These effects are temporary and should completely resolve within 4 weeks following the treatment.

You will be instructed to avoid exposure of your treated areas to sunlight or bright indoor light prior to and for at least 48 hours after blue light treatment. Sunscreen does not protect against photosensitivity reactions caused by visible light. Typically, patients will need three treatments for maximum effectiveness.